Oy, you guys.  It’s been a minute, hasn’t it?  Between life as a food editor, getting the word out about Glow Pops, and working on my new cookbook, I feel like I barely have time to breathe these days—much less hang out with you guys on the blog (which is one of my favorite things to do!).

Beyond that, if we’re being honest, I’ve been having a bit of a psychological crisis.  It’s interesting, the act of releasing a book, of having something you’ve wanted for so long come to fruition.  There’s the good (long-lost friends coming out of the woodwork to congratulate you, your dad bragging to his friends, People Magazine putting your book in the same issue as the Obamas) but—for me at least—there’s also a sense of “now what?”

I’ve so long idolized published authors and people who seemed, to my outside perspective, successful.  I assumed that most moments of their lives were different, less banal, less wanting, than my boring life.  I assumed if I could just publish a book or get my dream job, I’d feel the way I assumed they felt—extraordinary somehow.  Validated.  Like I mattered. 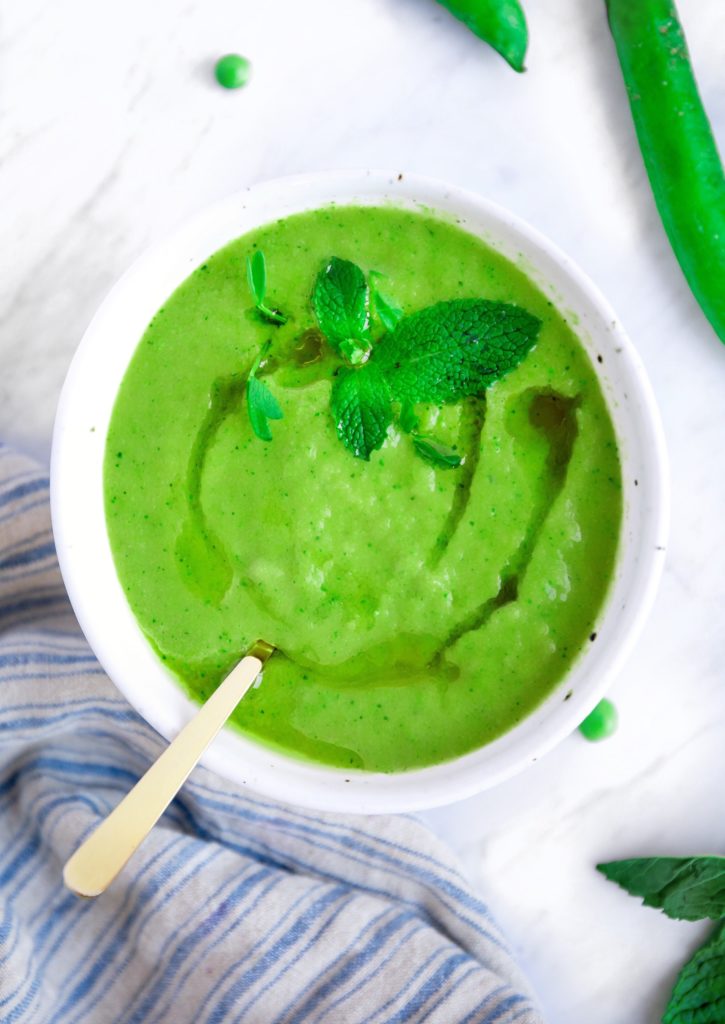 When my book first came out, I held it in my hand and tried to conjure up that feeling.  Instead, it just felt like bound paper.  Yes, it was an accomplishment, and yes, I’m proud of it.  But mostly, I’m on to the next—thinking about how to promote it, or recipes for cookbook #2.  Success is a very real feeling, but it’s one of the most fleeting I’ve known.  The wanting, on the other hand?  That’s so deeply wedged into my core that it’s hard to imagine it ever going away.

Having experienced a few “destinations,” I’m now trying to settle back and enjoy the journey a bit more.  I’m not sure what that looks like, or quite how to do it, but I’m trying.  The older I get, the more I think life is just a constant act of trying and failing a little less and a little more each time.

Alright, alright, you wanted 5 minute soup, not a 5 minute ramble, so here you go: this soup is one of my spring and summer (fuck it, all year) go-tos.  It relies on frozen peas instead of fresh for a couple reasons—1) shelling peas is annoying AF, and certainly enough to prevent me from ever making a recipe and 2) frozen food is flash-frozen just after it’s picked, at the peak of its ripeness.  Because of this, none of the delicious sugars convert into starches, and you get super flavorful, delicious peas.  With the fresh mint leaves, it’s really the perfect, fresh soup, great served hot or cold. 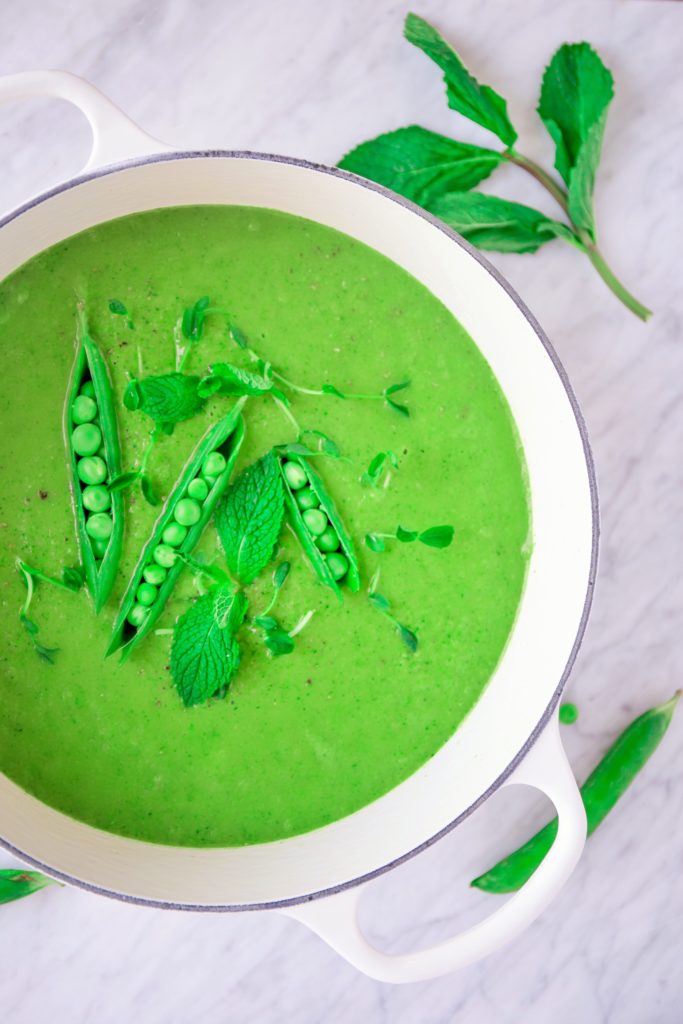 PS Do you see this gorgeous Le Creuset pot I made the soup in? I’m giving one away to celebrate my upcoming Glow Pops event at Bloomingdales!  Pop by and say hi and sample some pops in person if you’re in NYC on Saturday, and in the meantime, head over to my Instagram to enter to win your own Le Creuset!