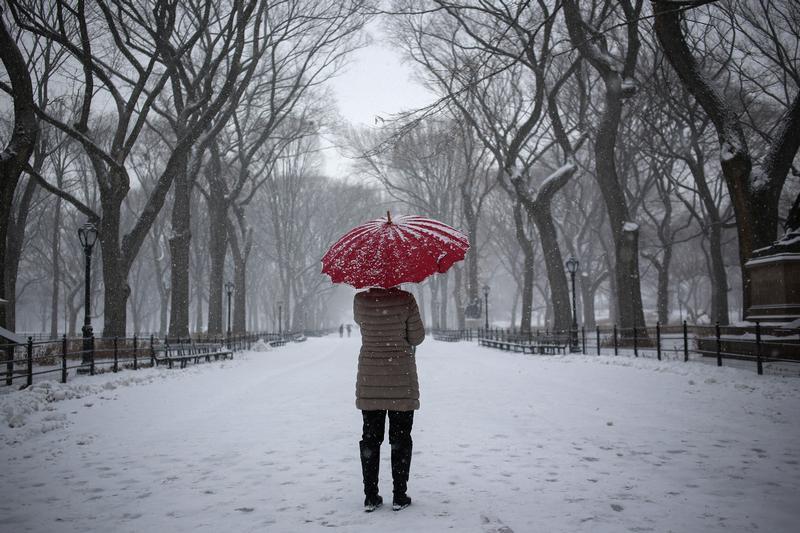 This weekend, NYC got its second largest snowfall ever, which was, in a word, magical.  As someone raised in Arizona and California, I’ve spent quite a bit of time visiting places – mountains, ski resorts – where there’s snow on the ground, and very little time watching it actually get there.  We braved the blizzard early Saturday morning for brunch (our local spot was open, miraculously!) then cuddled up inside for the rest of the day, making brownies and nachos and watching the white pile up outside our window.  Near midnight, when the snow was just dusting from the sky like sifted powdered sugar, we went out and made snow angels and threw snowballs until our shoes were soaked through and our fingers were frozen.  A pretty great weekend overall.

This is the first “Stuff You Should Know” so what you should know about Stuff You Should Know (arrgh) is this: it’ll be a link list of food, health, travel and other Sprouted Routes type content from the week prior.  Basically, if you like the stuff I write about here, you’ll like the stuff in these articles.  A lot of link lists go up Friday, but Monday is when I want to sort of stimulate my brain, to read interesting things and gear up and be like, ah, yes, the week won’t be that bad.  So!  Stuff you should know:

Expert fliers on what food they pack for the plane

Speaking of packing, what do chefs pack their kids for lunch?

What Hillary Clinton eats on the campaign trail to stay healthy (I’ve always wondered about this – so many handshakes!)

No food is healthy – not even kale.

We still love you, kale!  Here are some super easy kale recipes.

How to crack an egg one-handed.

Soup and stew tips from the pros to keep you warm during the winter freeze.

Stay warm and dry, people!  I’ll have a superfood hot chocolate recipe for ya later in the week.