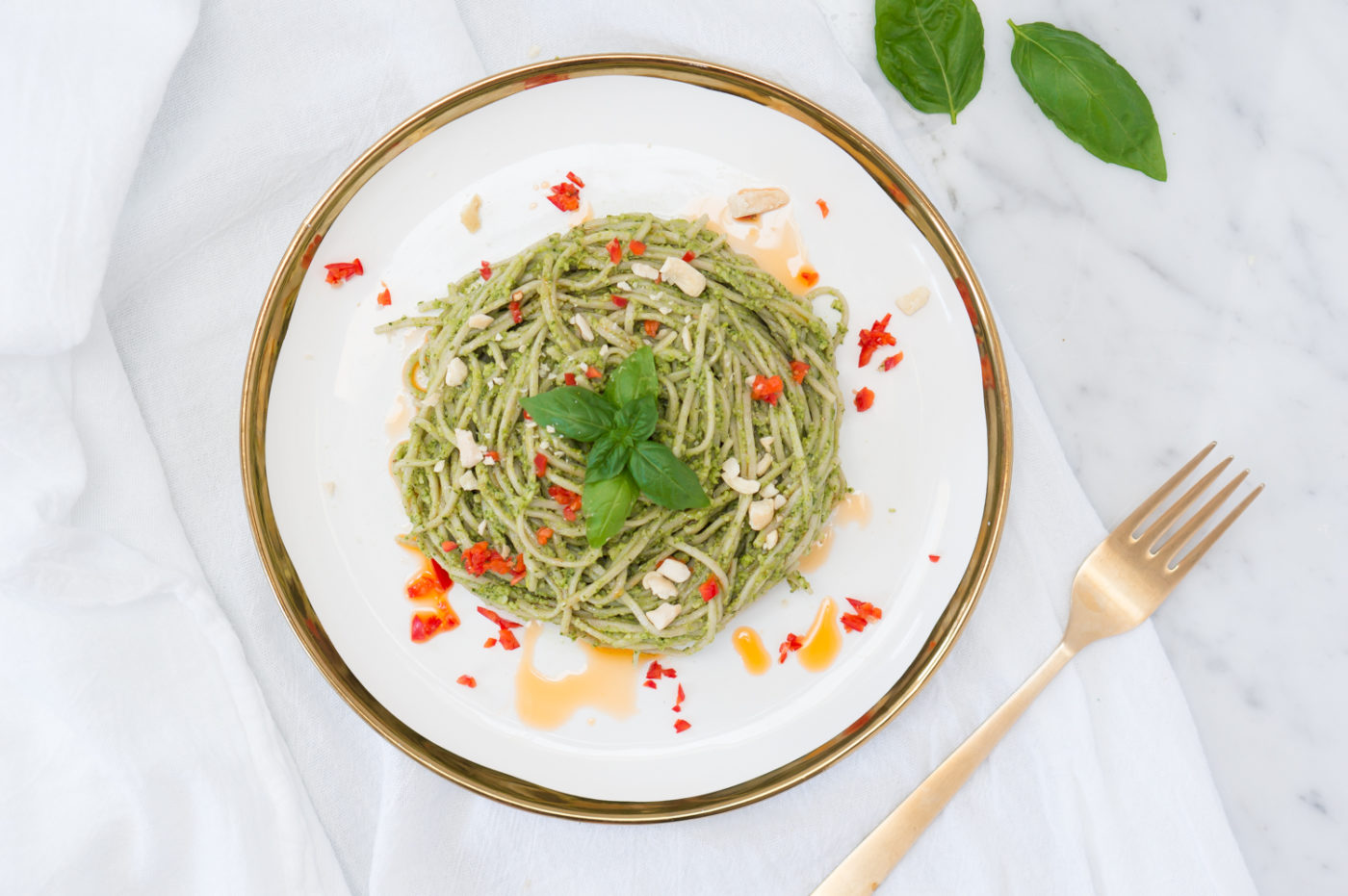 Today was one of the most exciting days I’ve had in awhile – the first day of my cookbook shoot!  It was so fun to see the behind-the-scenes process of something I’ve only seen before in bookstores. 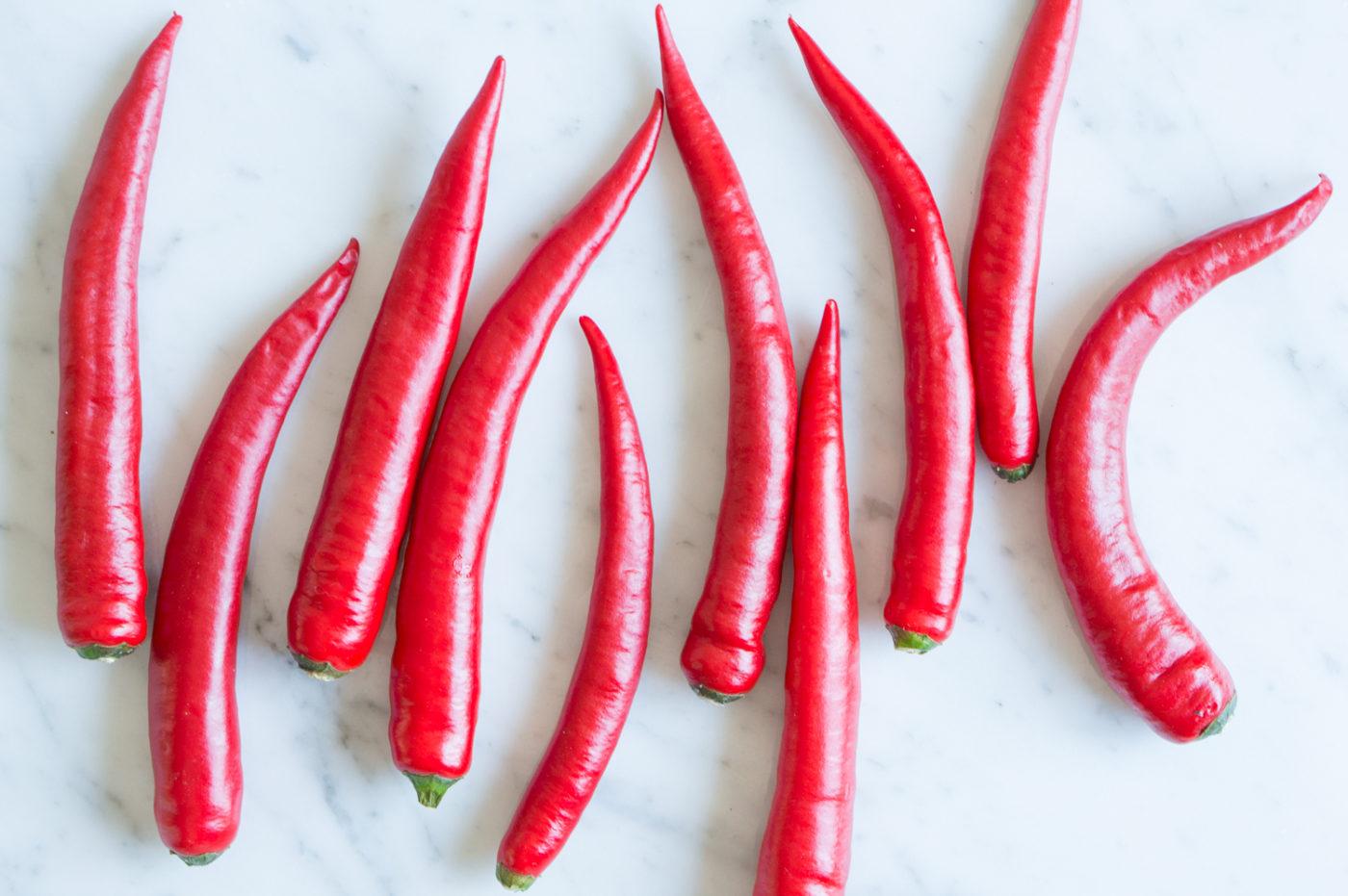 We shot in a beautiful studio in Chelsea, with one of only two remaining horse elevators in New York City.  First, the prop stylist arrived, armed with maybe 20 “surfaces” to shoot the food on, from aged zinc to distressed, painted white wood.  She also had measuring cups of all shapes and sizes, bowls, plates, and cups, all totally unique and gorgeous looking.  While she set everything out, the food stylist got busy in the kitchen actually preparing all of the recipes.  She’d picked up food at farmer’s markets and grocery stores around the city, and she’d also done a stop at the flower market to pick up extra, beautiful styling goodies, like fresh chamomile flowers, tiny, whole limes, and raspberries still on their leafy branches.  She made recipes I’d developed, yes, but she absolutely transformed the food – I’ve never seen anything so beautiful. Together with the photographer and the art director from Clarkson Potter (my publishing house), they carefully laid out each shot, checking out the final product on the computer before moving onto the next. 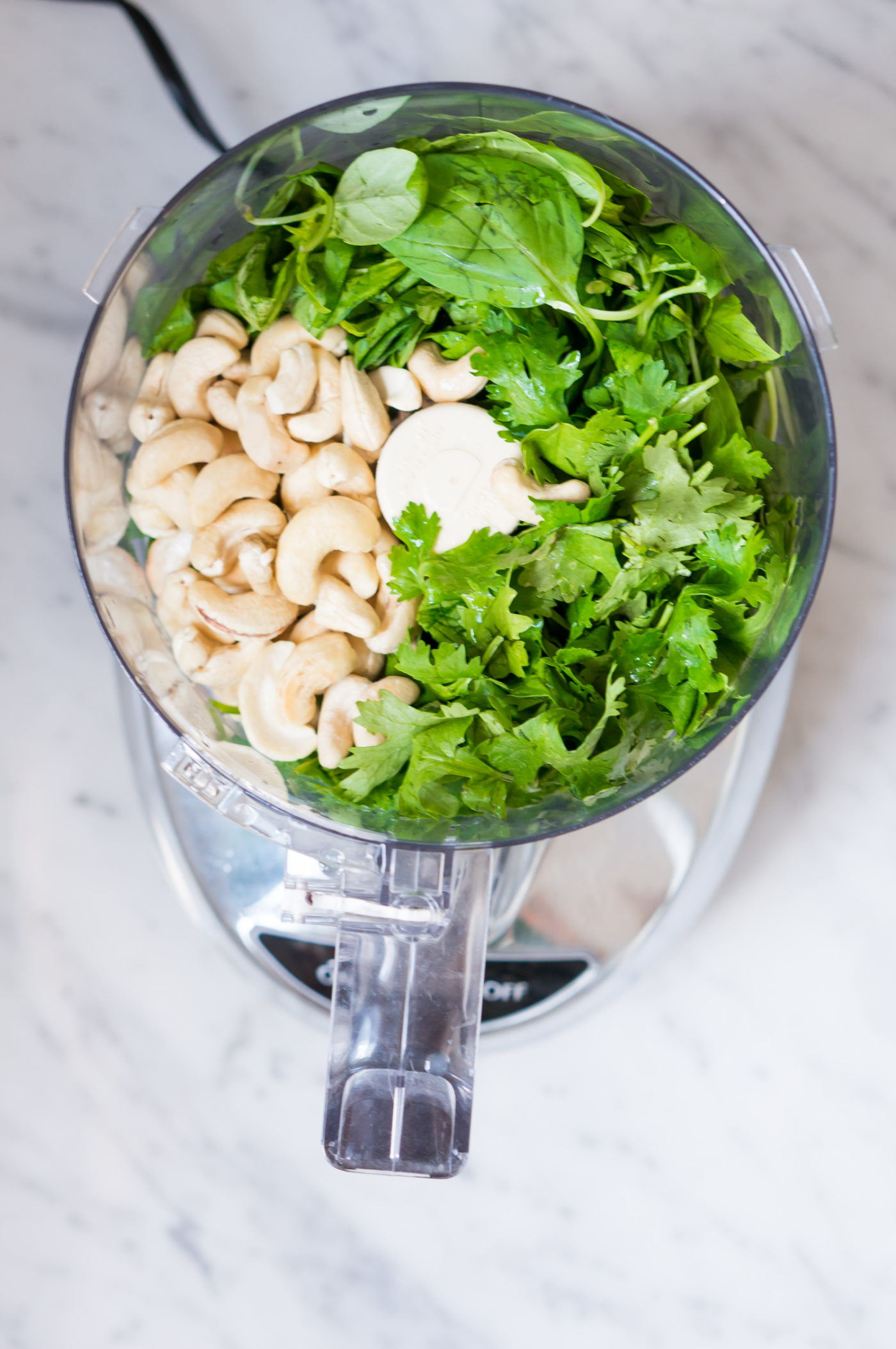 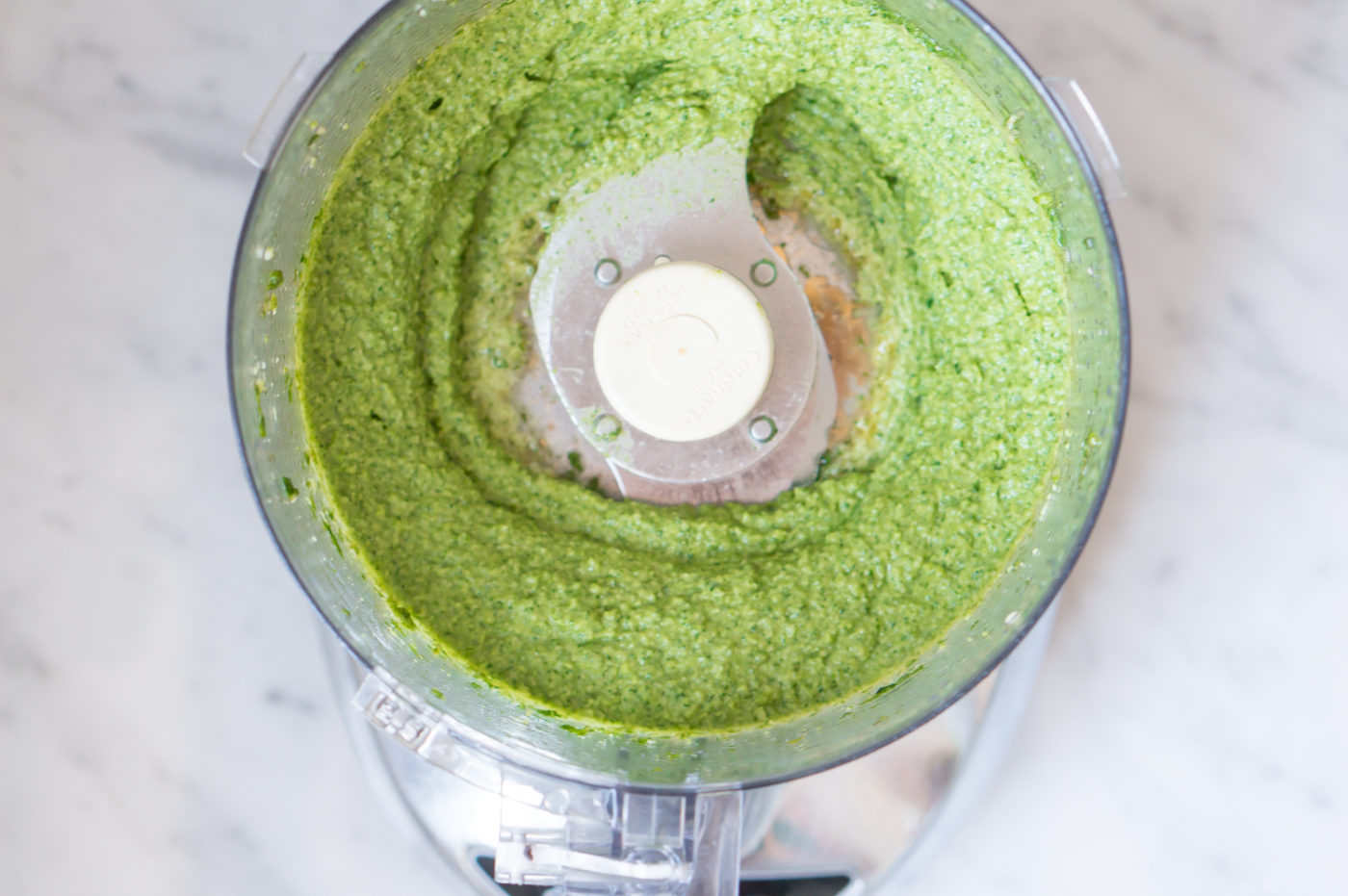 Creating a cookbook is a long, fairly solo process.  I’ve spent months in my kitchen, testing and re-testing recipes.  I’ve gone through edit after edit on my computer, and today, for the first time, I was able to picture the actual book.  It’ll be in stores on April 26, and I can’t wait to share it with all of you! 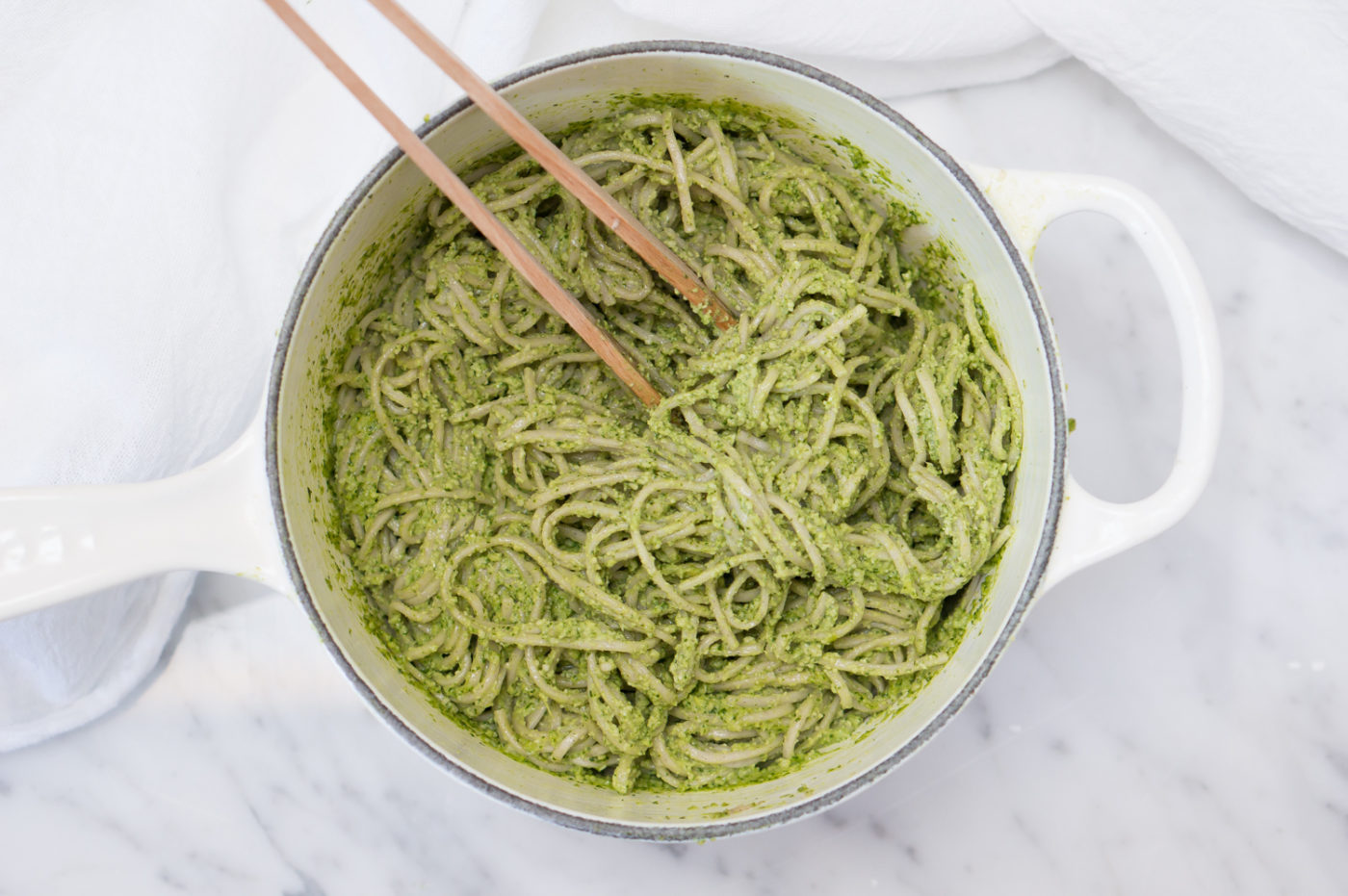 In the meantime, let’s talk about pesto.  I’m such a pesto fan – it’s one of the easiest ways to make a super fresh, healthy dinner in minutes, with just the whiz of a food processor.  I’ve made pesto every which way – this mint parsley variation is one of my faves – but I’ve never made a thai pesto, which seems crazy now in retrospect.  I love thai food, and it’s bursting with the kind of fresh, bright flavors that work well in a pesto sauce. 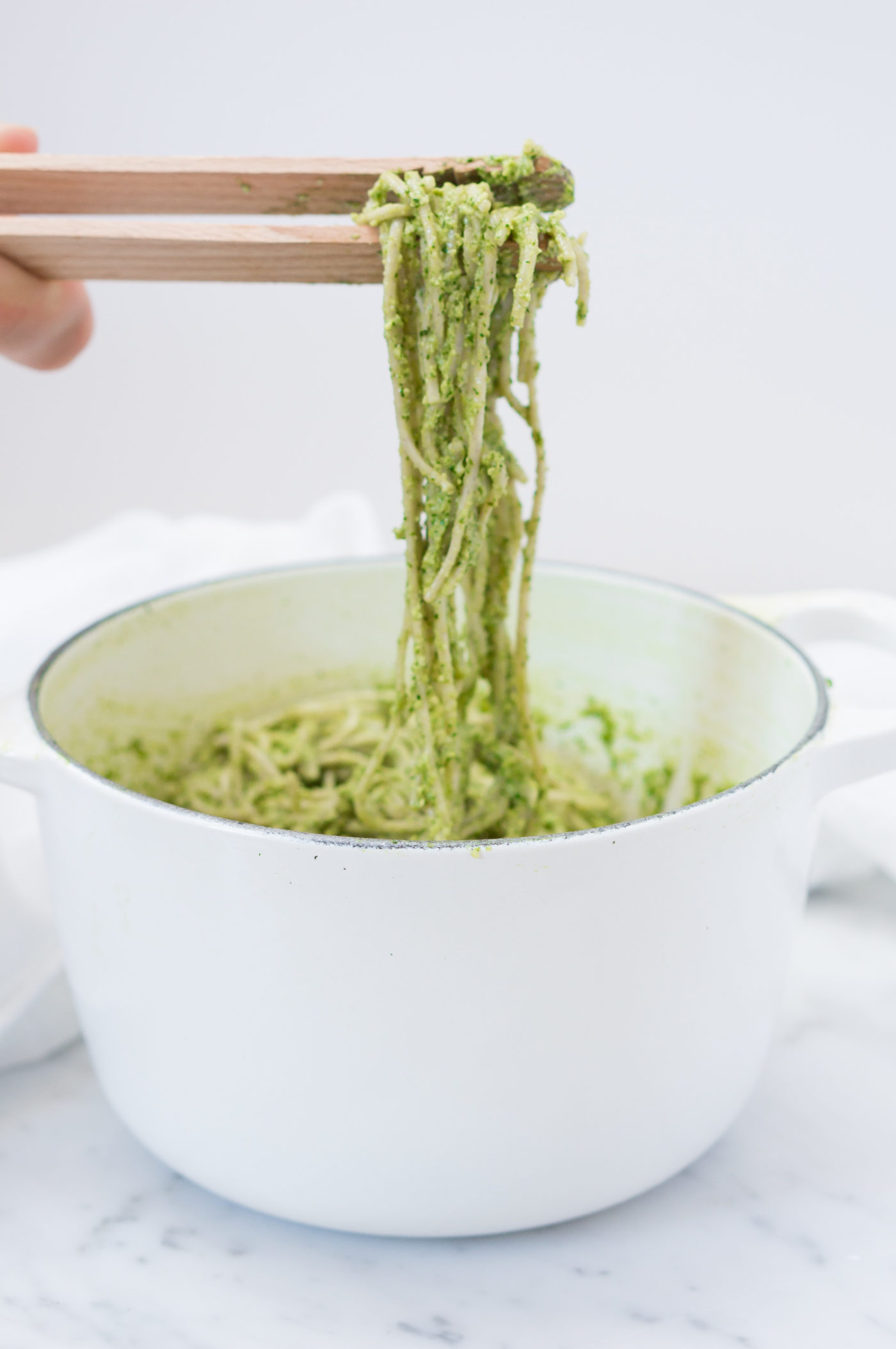 I made it by essentially swapping out every typical pesto ingredient for a thai-inspired version:  the nuts were swapped with lightly toasted cashews; the olive oil was swapped with toasted sesame oil; the lemon juice became lime juice.  I kept the basil (the common thread between Italian cuisine and Thai cuisine: basil) but supplemented it with some cilantro, which brightens the whole thing. 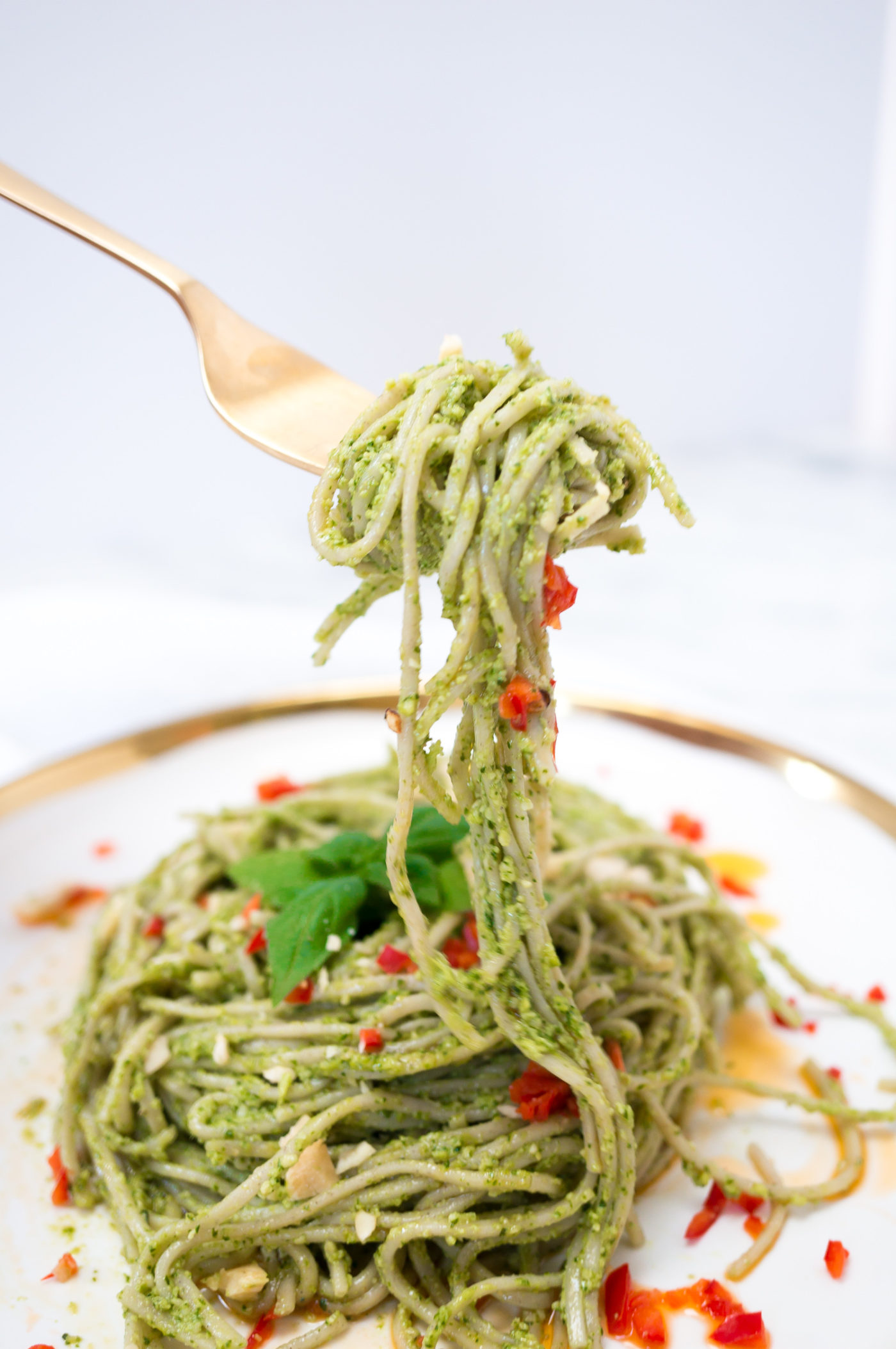 I used buckwheat noodles, which can often be found in cold peanut salads.  I love them because they’re gluten free, as buckwheat isn’t actually a grain but a seed, like quinoa (check the package though; some buckwheat noodles have whole wheat mixed in).  It’s rich in antioxidants, protein, and fiber and as well as minerals like manganese and magnesium. 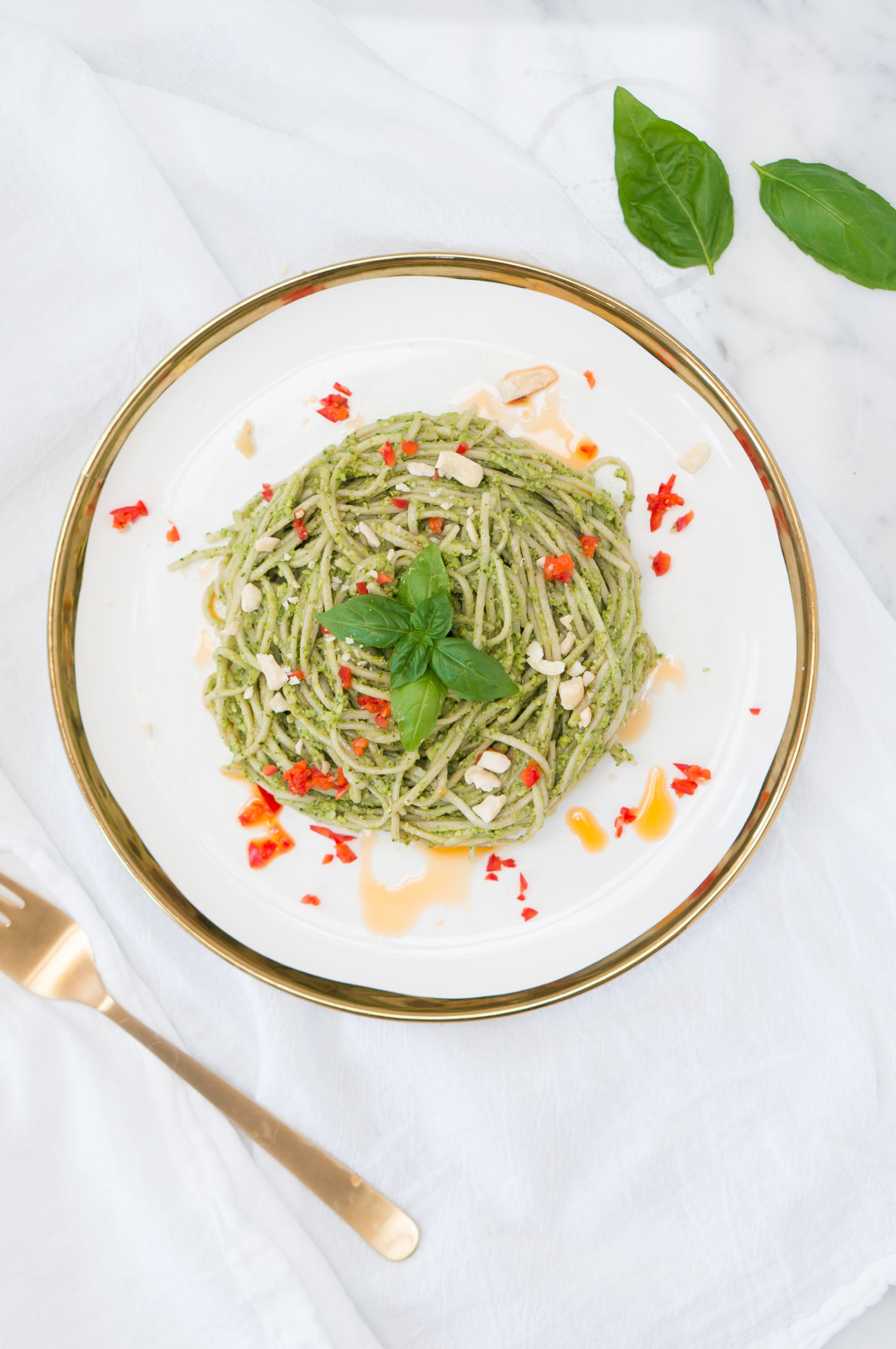 The pesto can be made ahead of time and kept in the fridge for 4 days. Toss with noodles just before serving, as buckwheat lacks the gluten necessary to hold its shape over long periods of time and can get mushy if saved in the fridge.