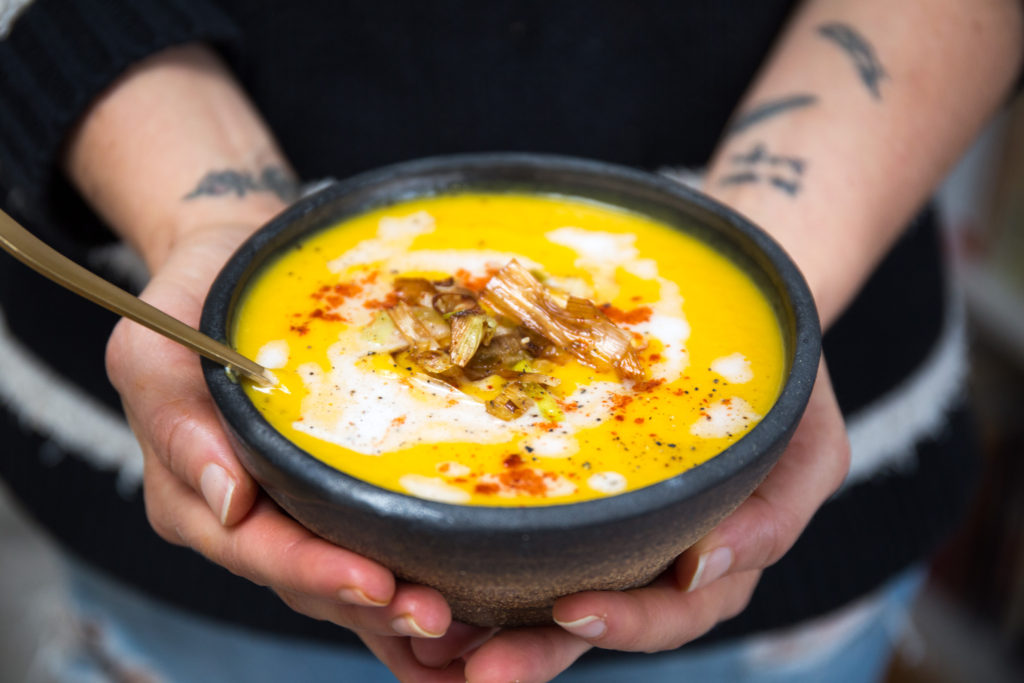 I love this soup so much, but even more than that, I love the woman that created it.  You may know Skinnytaste, the hugely successful blog.  Gina Homolka, the woman behind Skinnytaste, just released her new cookbook this week, Skinnytaste Fast and Slow, and it’s amazing.  Built around the idea that dinner should either be ready in a flash or cooked slowly (with nominal effort) in a slow cooker, the book is chock full of inspired, healthy recipes.  I’ll tell you about this amazing Butternut Apple Soup shortly (the crispy leeks are seriously inspired; I’ve made them, no joke, three times in the past three days just to munch on their own).

First, though, I want to tell you a story about Gina.  Since I got my book deal, I’ve been invited to a number of events that my publishing house has thrown.  Generally, it’s super awesome – there’s great food, really lovely, interesting people and lots of talk about different vegetables and desserts and generally everything I love, but am typically afraid I’m boring people with.  But – I’m also relatively newly back to New York, and definitely new to the whole cookbook world.  There are times at these parties when I look around and it seems like everyone else knows each other, and everyone else already has a best-selling cookbook, and everyone else is just, well, more – more established, more famous, more confident.  And, without naming names, there are definitely people at these parties who don’t help that emotion.  You know the kind of person.  You’ve talked to them at parties, albeit only briefly as they scan the room over your shoulder to see who’s more important than you that they should be talking to instead.

At my first party, I met Gina in the elevator, where she was so. incredibly. lovely.  Every time I’ve seen her since, she’s continued the trend – hugging me as soon as she sees me, introducing me to people I don’t know, telling me stories about her family and her cookbook development and the ins and outs of her mega-successful blog.  It’s so lovely when you meet people you’ve been a fan of forever and they completely hold up to your admiration, and Gina is one of those people.  Her food is warm and comforting with a twist of cool and creative because that’s exactly how she is.  Her cookbook feels like being invited over to her family’s house for dinner. 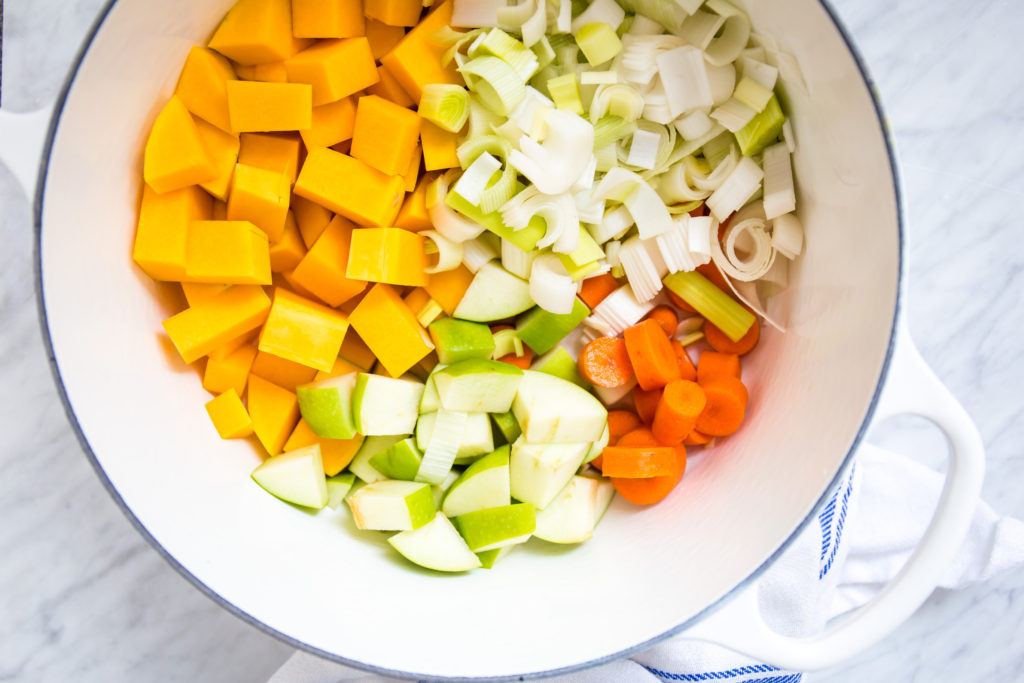 Speaking of – her book!  I chose to make this Butternut Apple Soup, which she designed to be made in a slow cooker but I can happily report comes together fairly quickly in just a pot on the stove (it can be fast or slow!).  It’s the perfect mix of sweet and savory and the leeks on top – oh, the leeks.  They’re crispy and salty and taste basically live heaven.  They may be the best thing I’ve ever eaten, and they heighten the already-delicious soup to new levels. 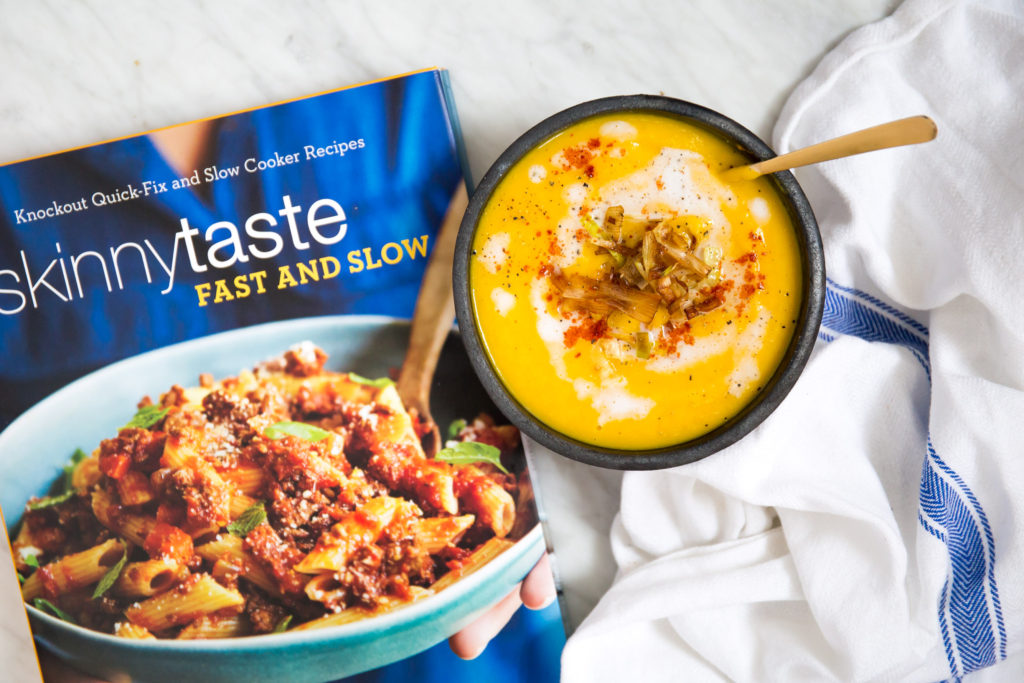 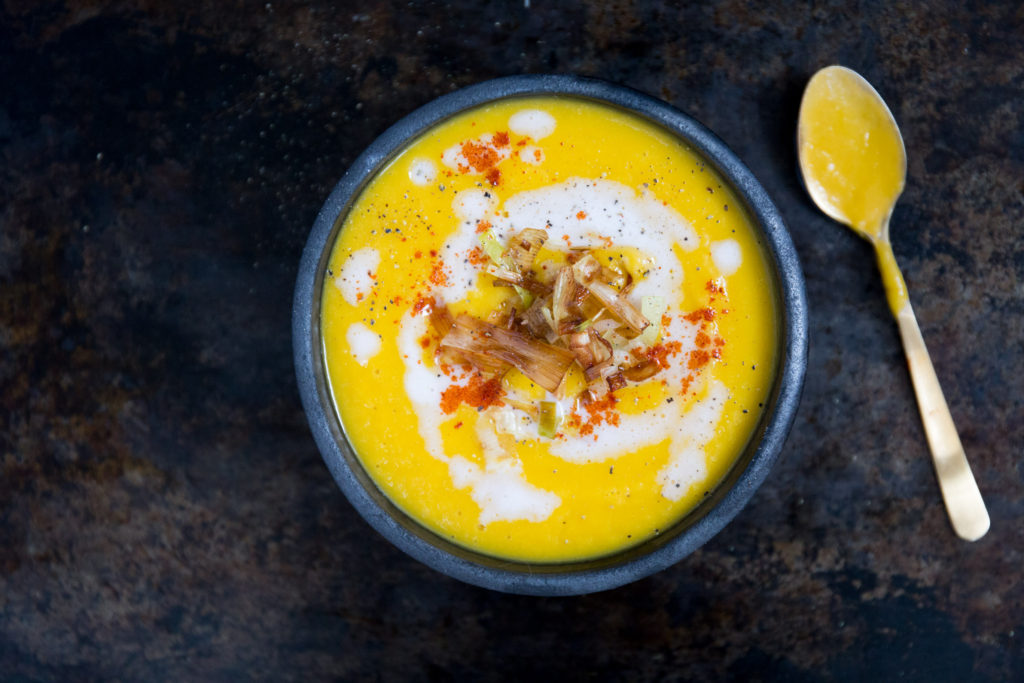 The rest of the book is filled with equally genius recipes, like brussels sprout hash, breakfast banana split, zucchini meatballs and many more.  You can pick up a copy here, if you’d like. 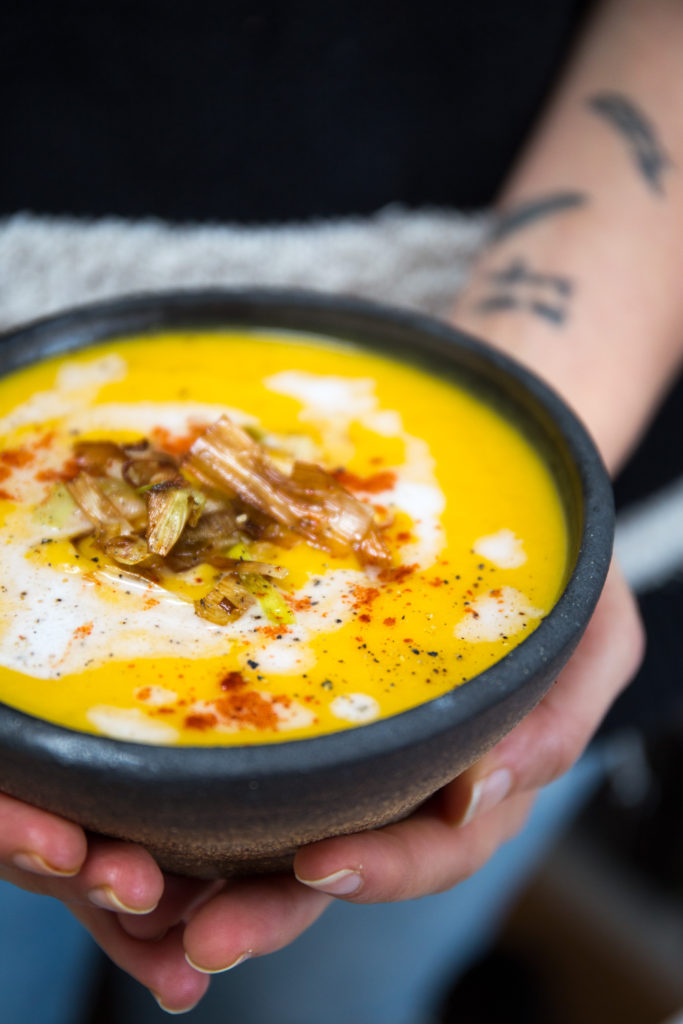