Tips, tricks, and tools to expand the power of your mind. 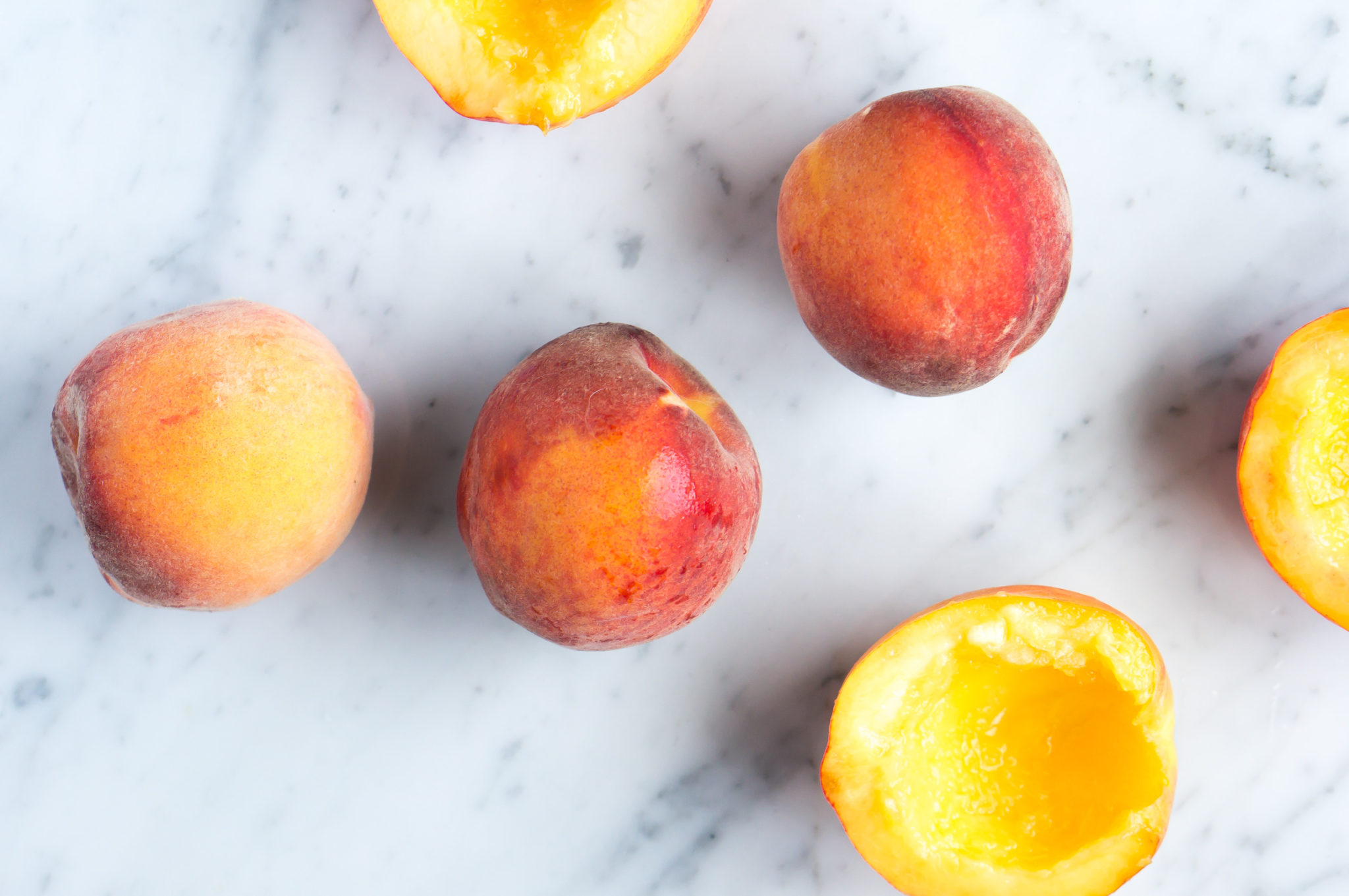 New York has been experiencing a string of 90 degree+ weather this week and Zack is in London this week, which means things have gotten a little weird around the Moody Mitchell household.  I’ve been having scrambled eggs and Annie’s Cheddar Bunnies for dinner; I’ve been having sing-a-long sessions with my cat.  All of this is to say, when I was stuck without ideas of what to make next for the blog, my friend’s suggestion didn’t seem at all strange to me.  Music-themed food.  A feast for your ears; a song for your tongue.  Immediately, my cheese-cracker filled mind shook off its heat-filled haze and sprang into action.  American Pie.  Strawberry Fields Forever.  Lemonade.  It’s said that creativity functions best within limits, and I had my (bass and beat-filled) edges of inspiration.  The only natural place to start? 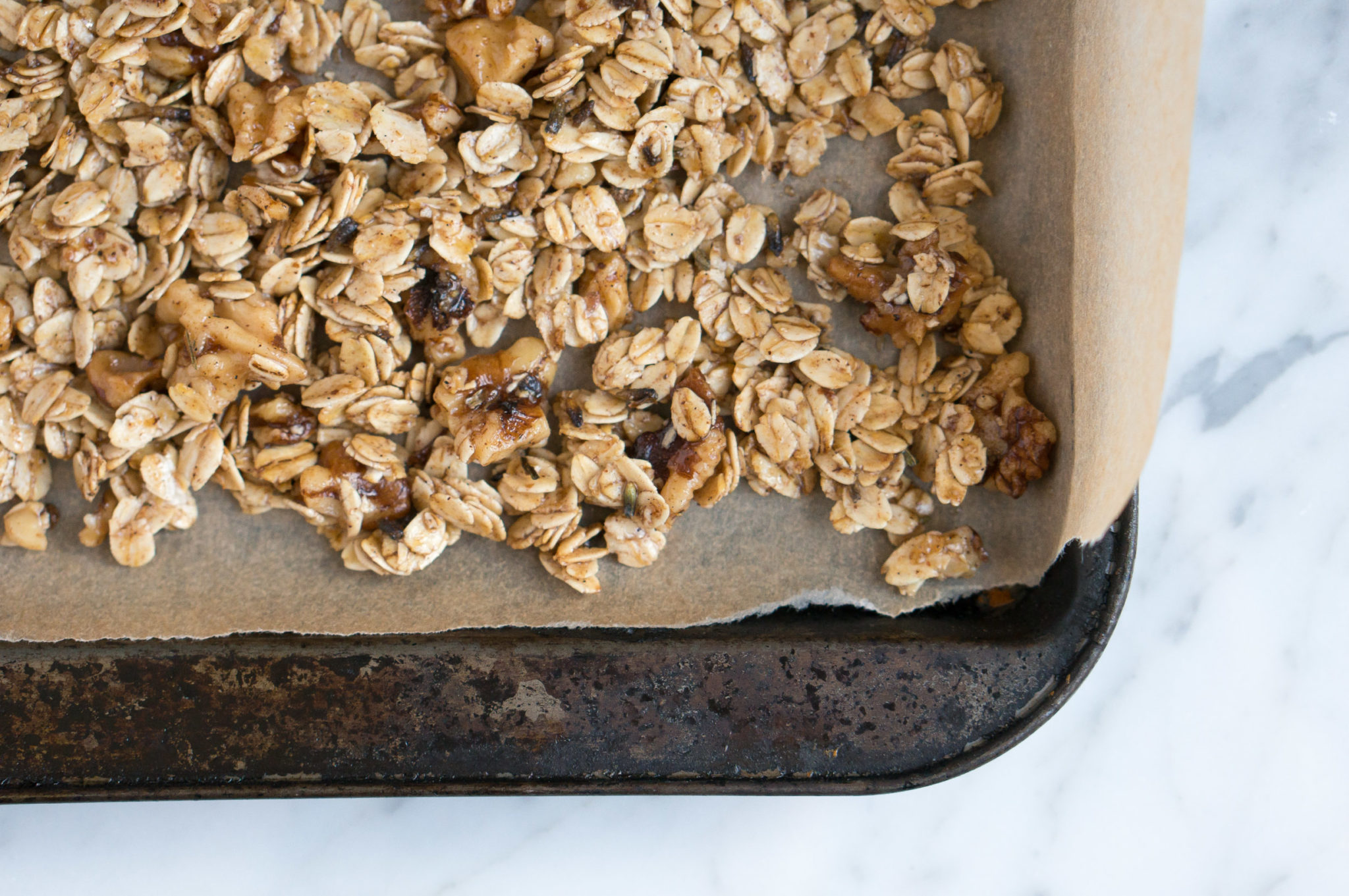 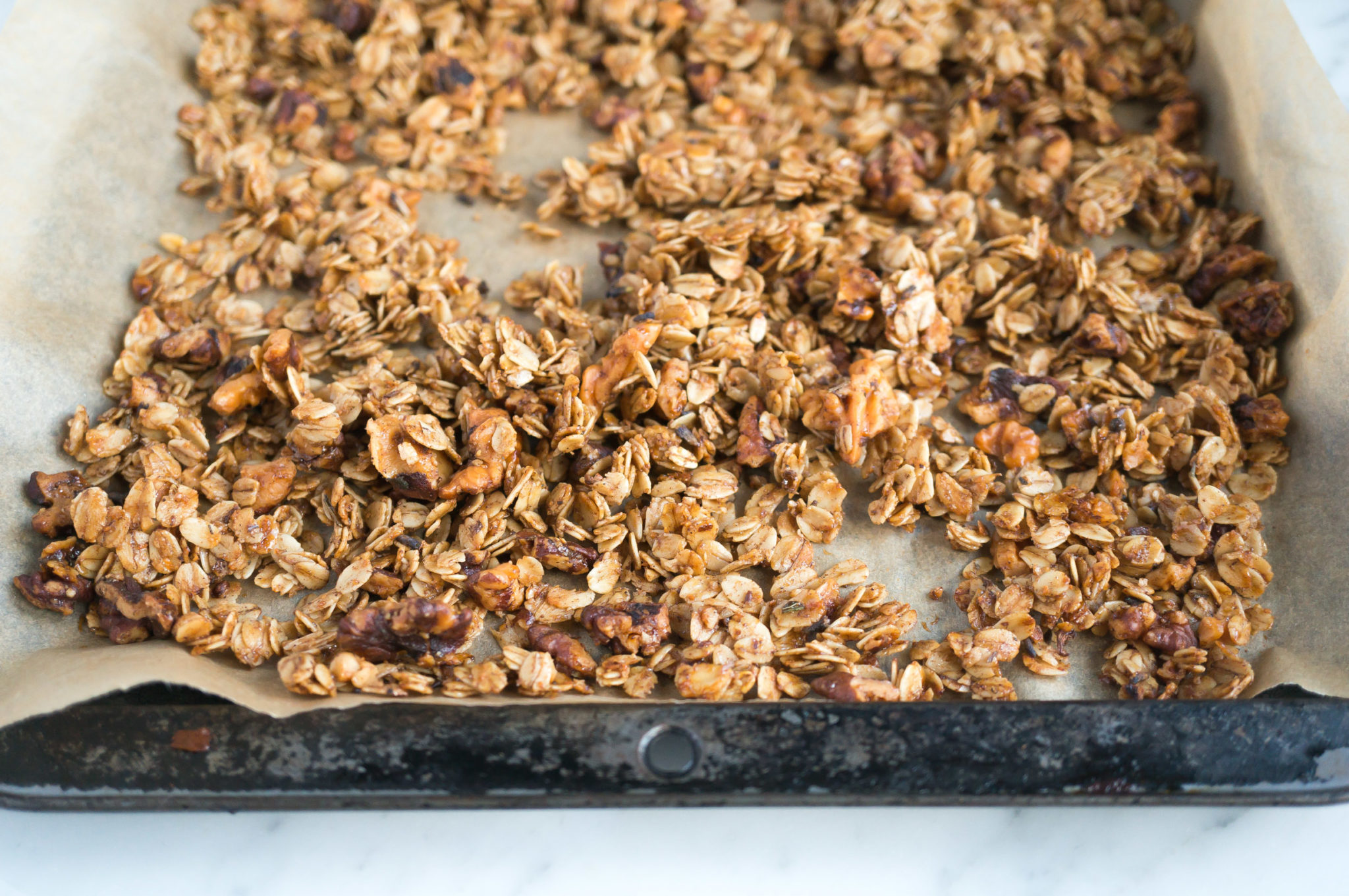 Why, the 2001 classic by the inimitable band 112:  Peaches and Cream.  One of the music videos from the golden era of TRL, when music videos made up the bulk of MTV programming and Teen Moms were, for the most part, not making millions of dollars to glorify their poor parenting on national television.  The video itself is a beautiful mix of terrycloth tracksuits (they luckily don’t say JUICY across the butt, but they’re not far from it) and well, peaches and cream.  Real ones, splashed juicily across the screen as a thinly veiled (or, let’s be real, not veiled at all) metaphor for a number of things that shan’t be talked about on a decent blog such as this. 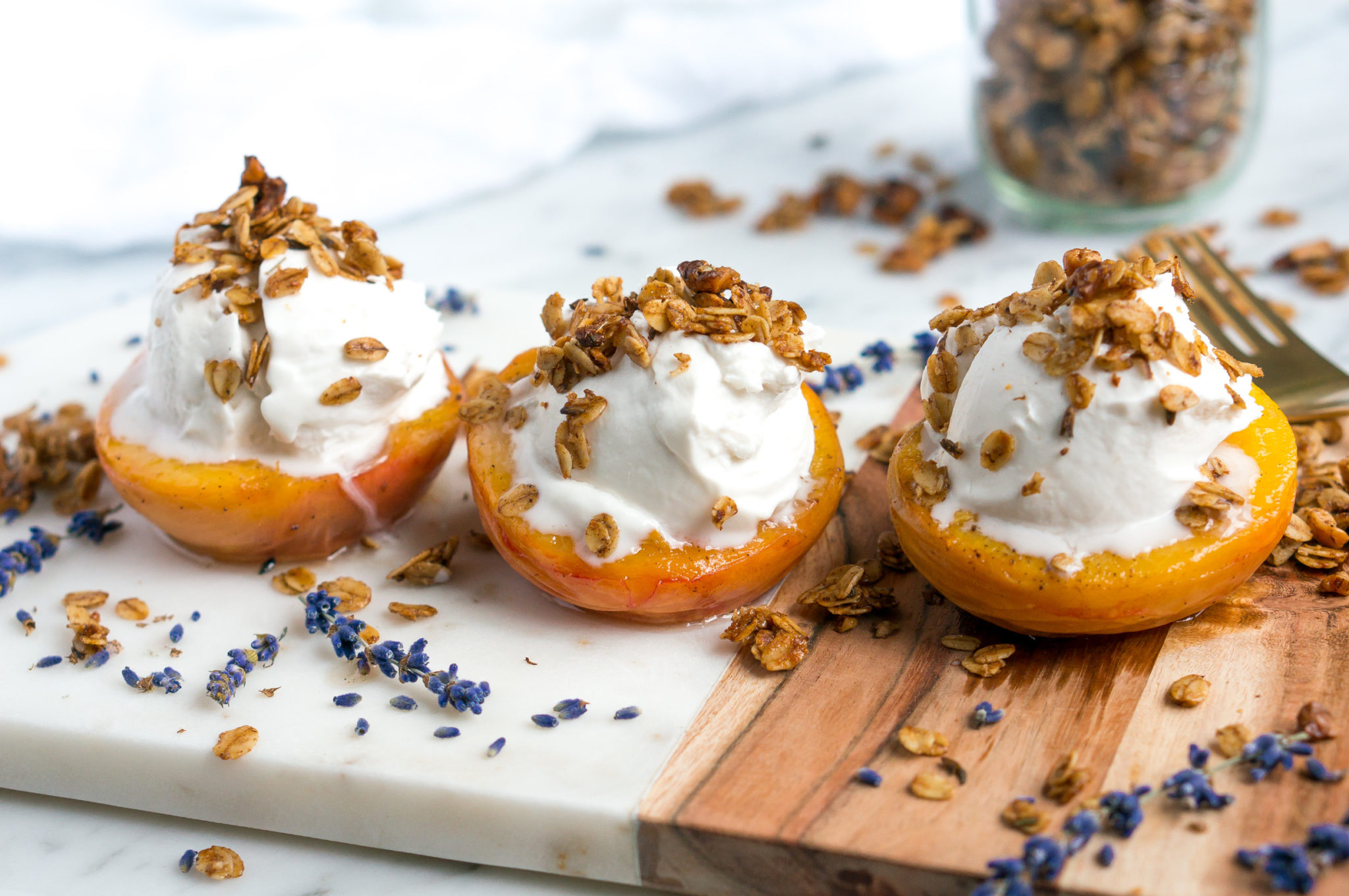 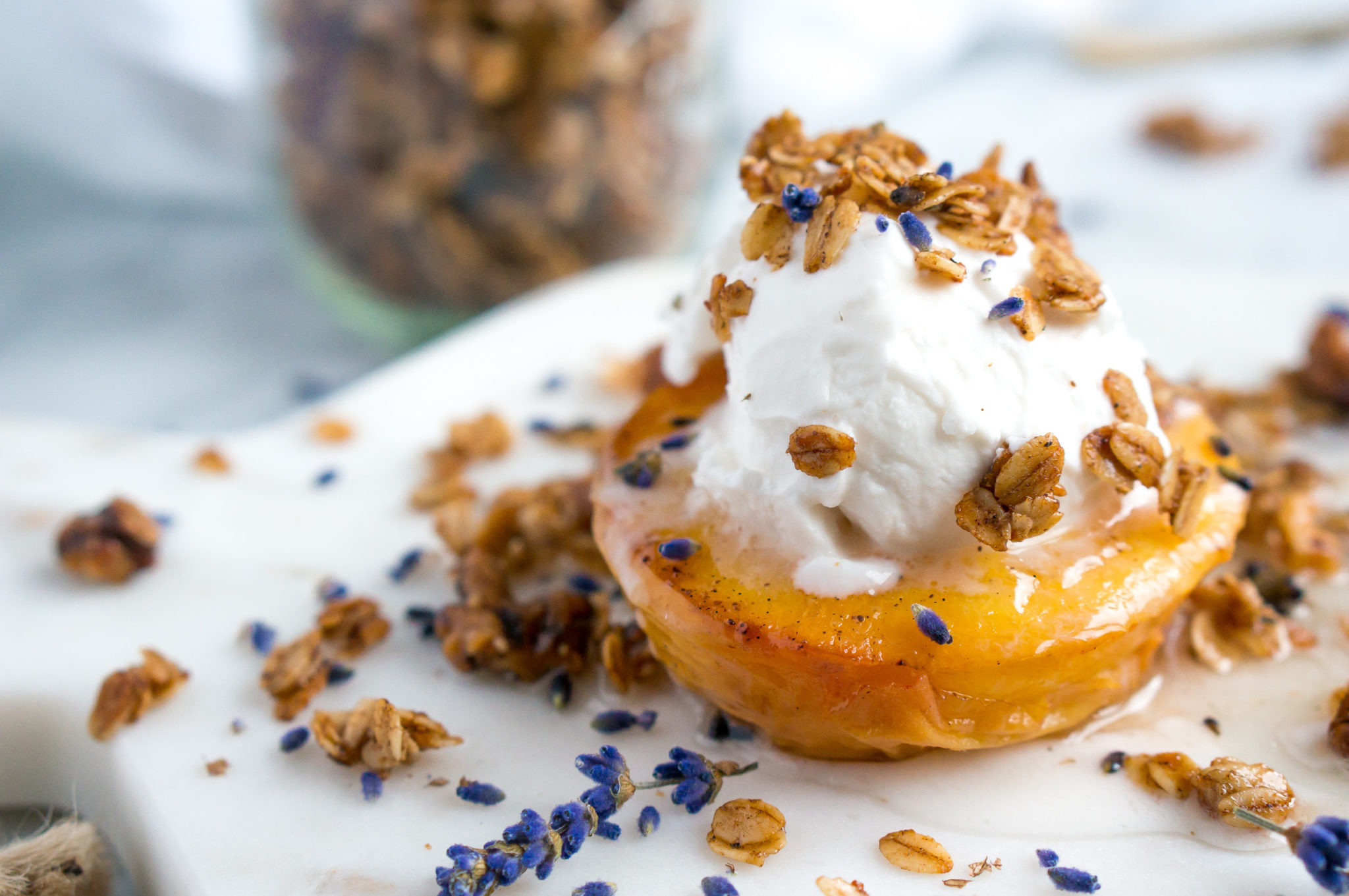 So let’s talk about something else instead – let’s talk about my version of peaches and cream.  They’re not quite as dirty as 112’s version, but to call them sex on a plate wouldn’t be an exaggeration.  These peaches are roasted, which makes your entire house smell – I kid you not – like fresh-baked cookies.  They get sweeter, juicier and even more delicious, especially when topped with a dollop of yogurt (I used coconut), which is our stand-in for the aforementioned cream.  The tangy, creamy yogurt is then topped with crunchy Cinnamon Lavender granola, which is maybe the best granola I’ve ever eaten (please don’t limit it to this recipe.  Eat it with milk like cereal.  Eat it on its own as a snack.  Just eat it).  The result? A melange of flavors and textures that create a dessert and/or breakfast that will absolutely wow you.  Yes, I said breakfast.  Because this baby is packed with nourishing ingredients, and it’s refined sugar free, packed with fiber, good fat and probiotics and (if you use coconut yogurt) dairy free. 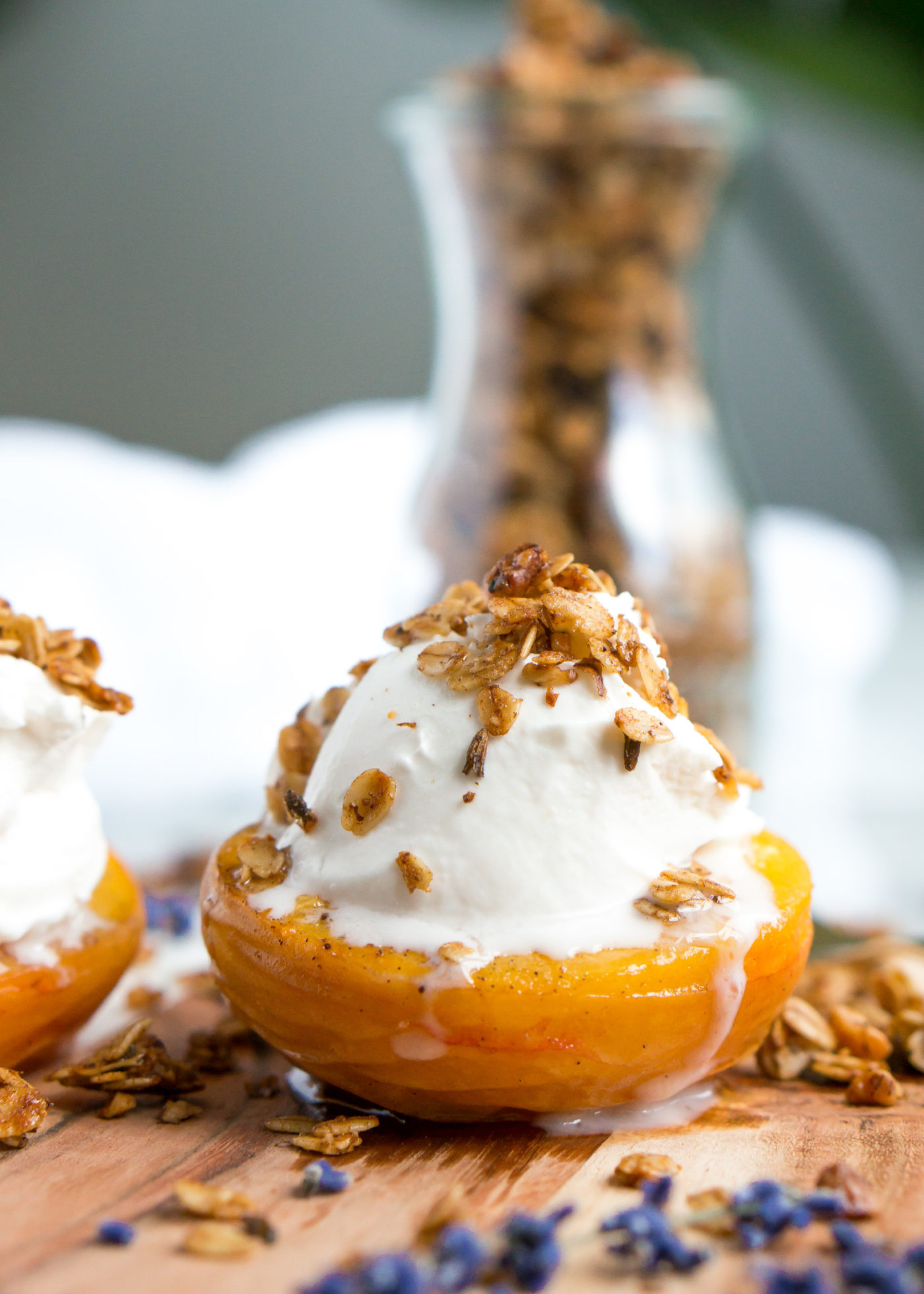 Stay tuned for more #musicmunchies.  And tell me any songs you want me to create a recipe for!! 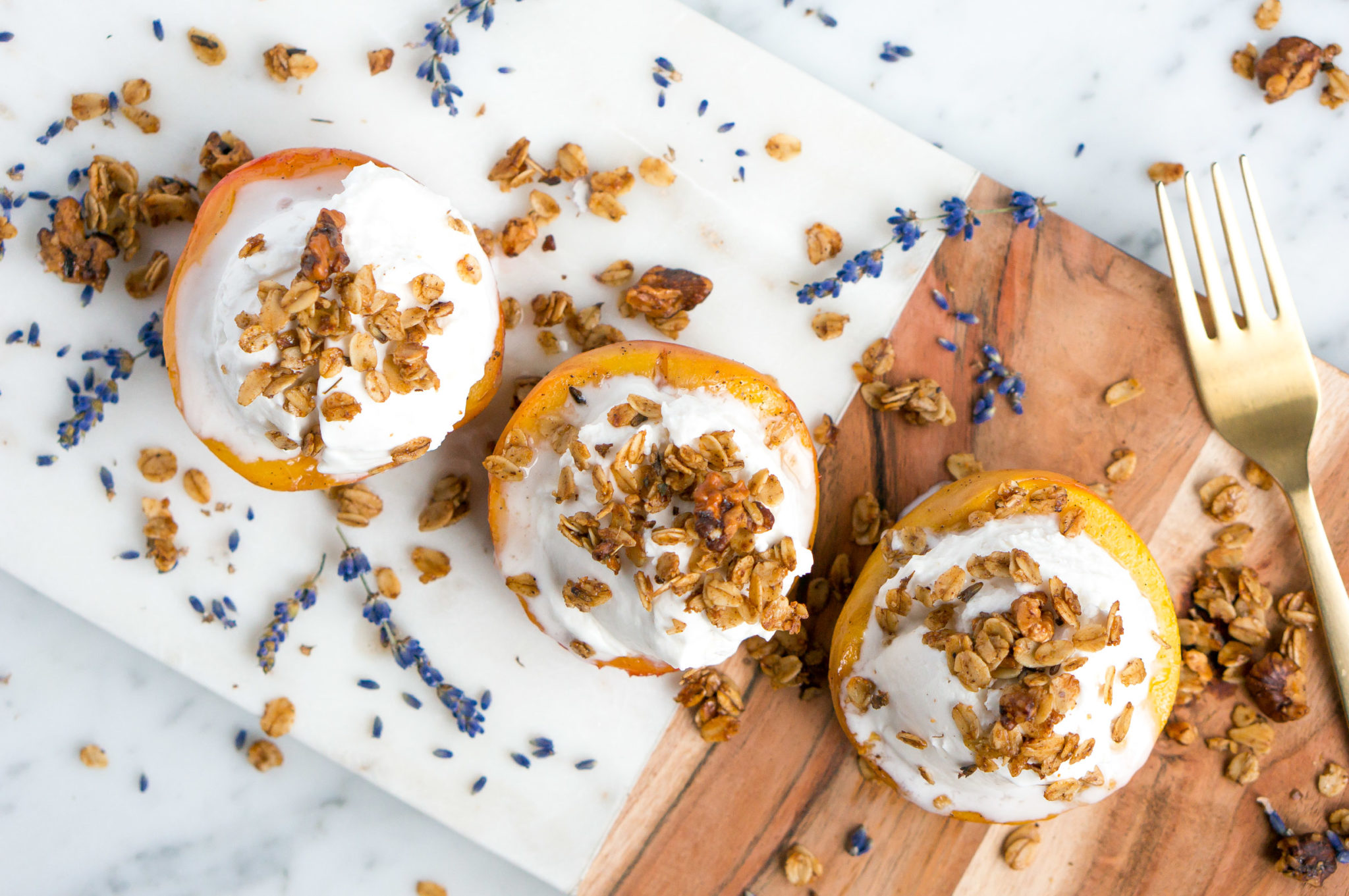