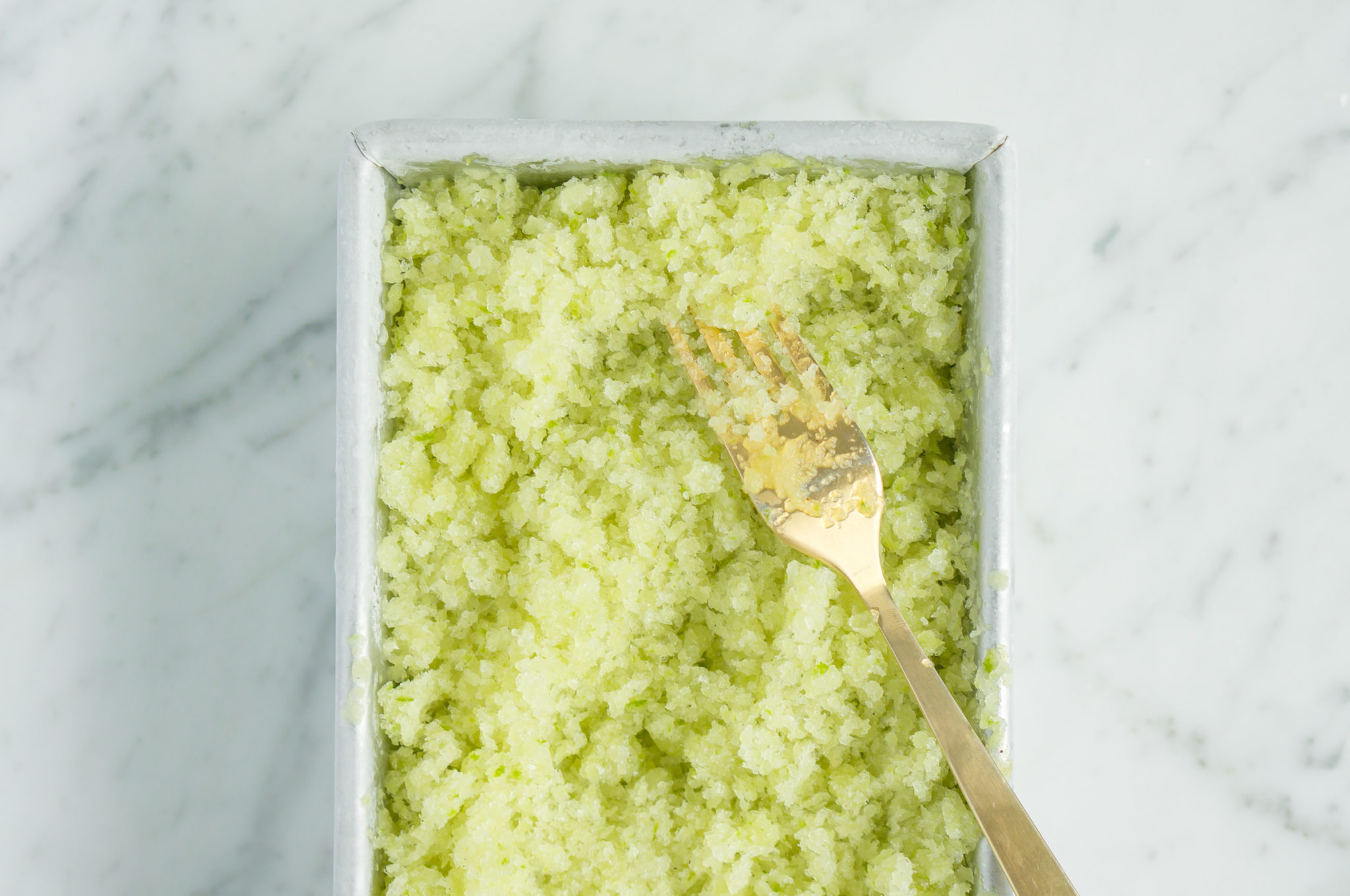 While I loathe people who talk about the weather when there are really so many far more interesting topics to discuss, we’ve officially entered that time of the year.  Here in Brooklyn, it’s hot enough to [insert hot weather cliche of choice here:  I’m partial to “fry an egg on the asphalt,” myself].  Being outside after 8 am and before 9 pm has become fairly unbearable unless you have something frozen close at hand, which is where this Cucumber Jalapeño Granita comes in.  If you haven’t met a granita before, allow me to introduce you.  Granitas are wonderful.  They are, essentially, a machine-less way to make a snow cone, except they feel and sound fancier.  “They come from Sicily,” you can tell your friends, “that’s in Italia.” 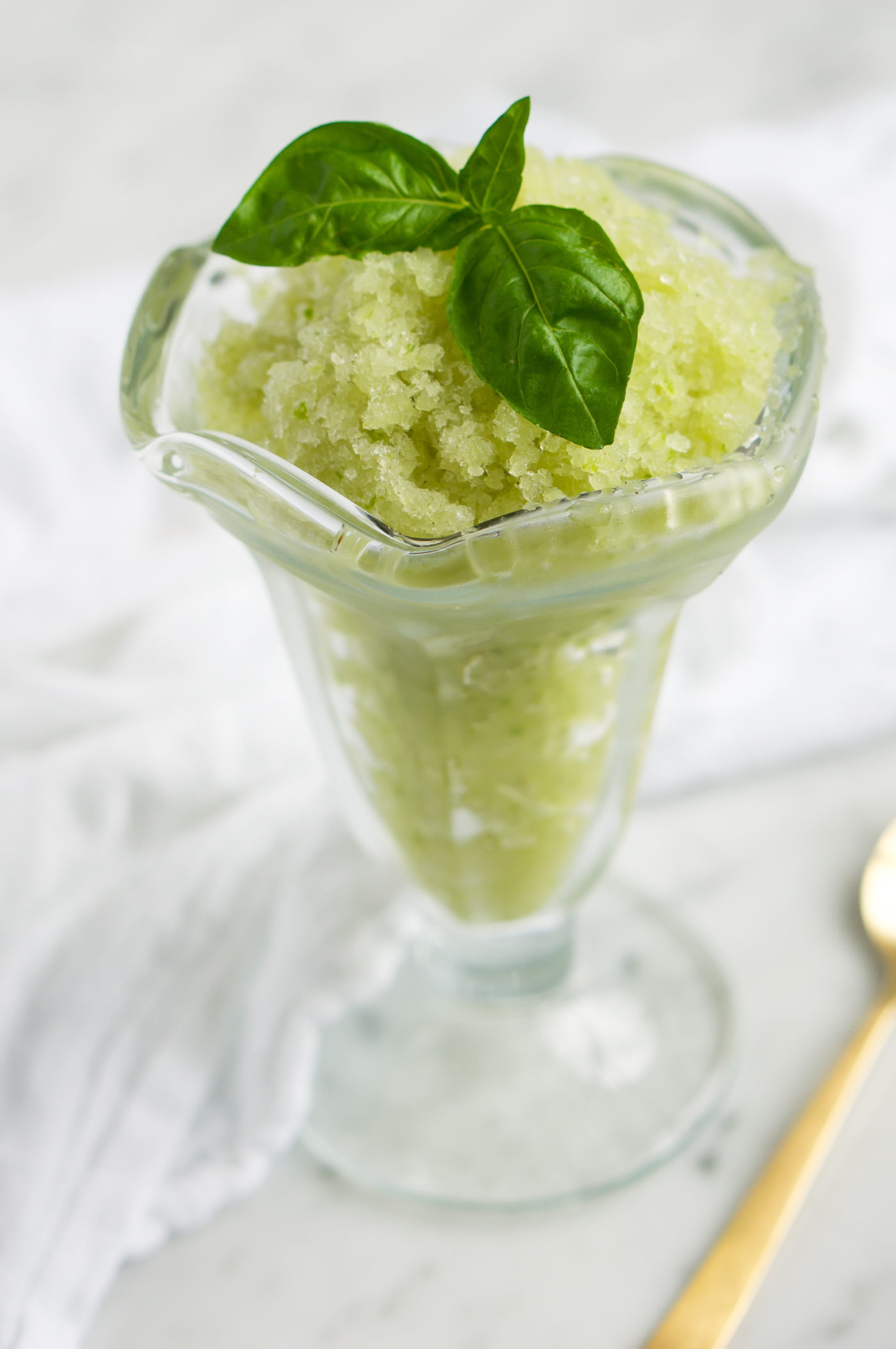 Instead of using a snow-cone machine or ice cream maker, granitas get their texture from periodically stirring or scraping the liquid as it freezes, which results in fluffy, light ice crystals that will remind you of your childhood park days.  Except instead of artificial colors and flavors that don’t exist in real life (where are these mythic blue raspberries?), your homemade snowcone is going to be sophisticated.  It’s going to use the season’s produce to make something that’s supremely fresh and intensely hydrating, with a complexity of flavor that will make your tastebuds thankful they’re attached to a grownup now and get to experience such things.  Which isn’t to say that kids don’t love these – if you do make a batch, make sure you save some yourself before putting any in the vicinity of children, as they’ll gobble them up. 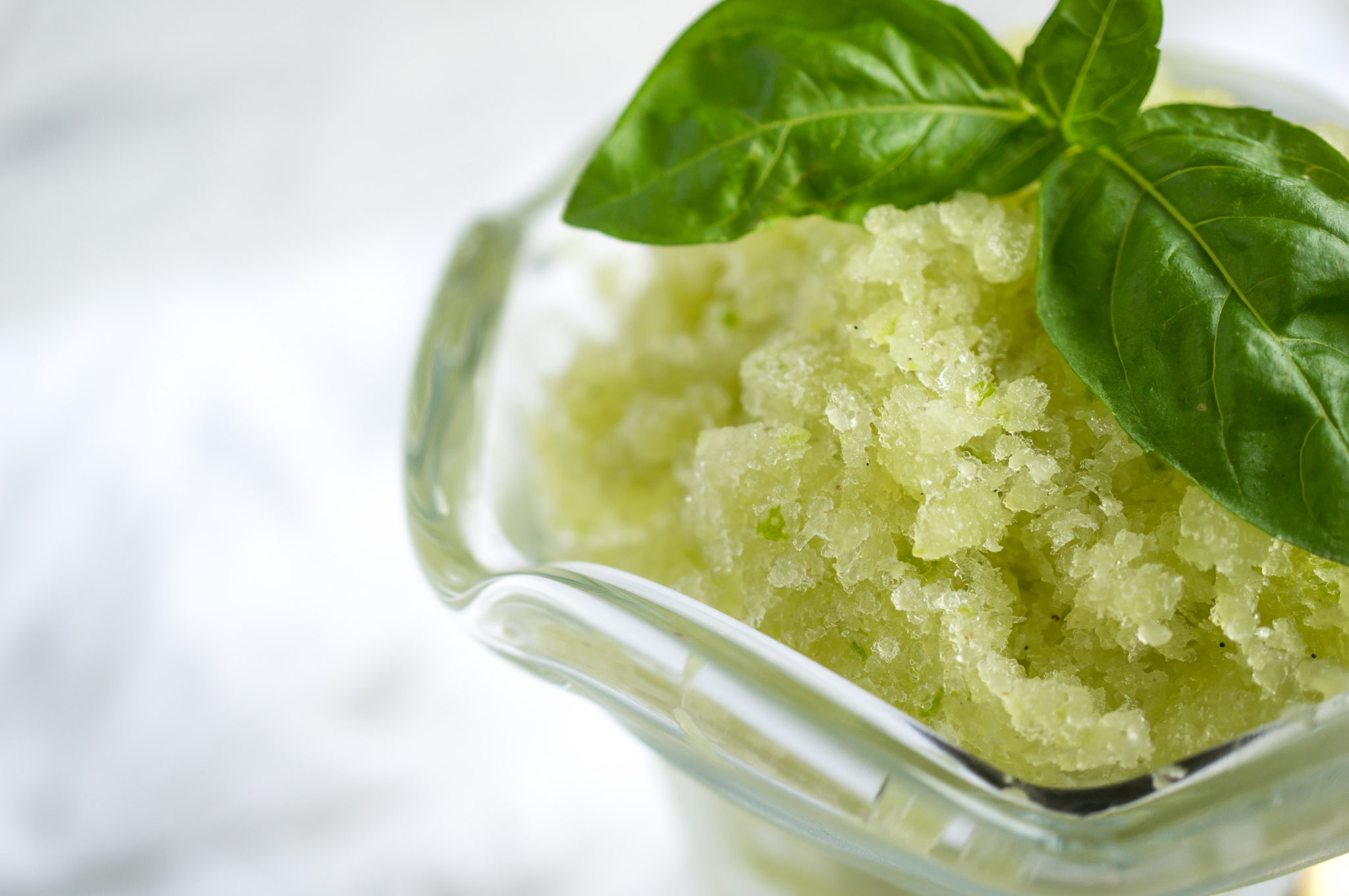 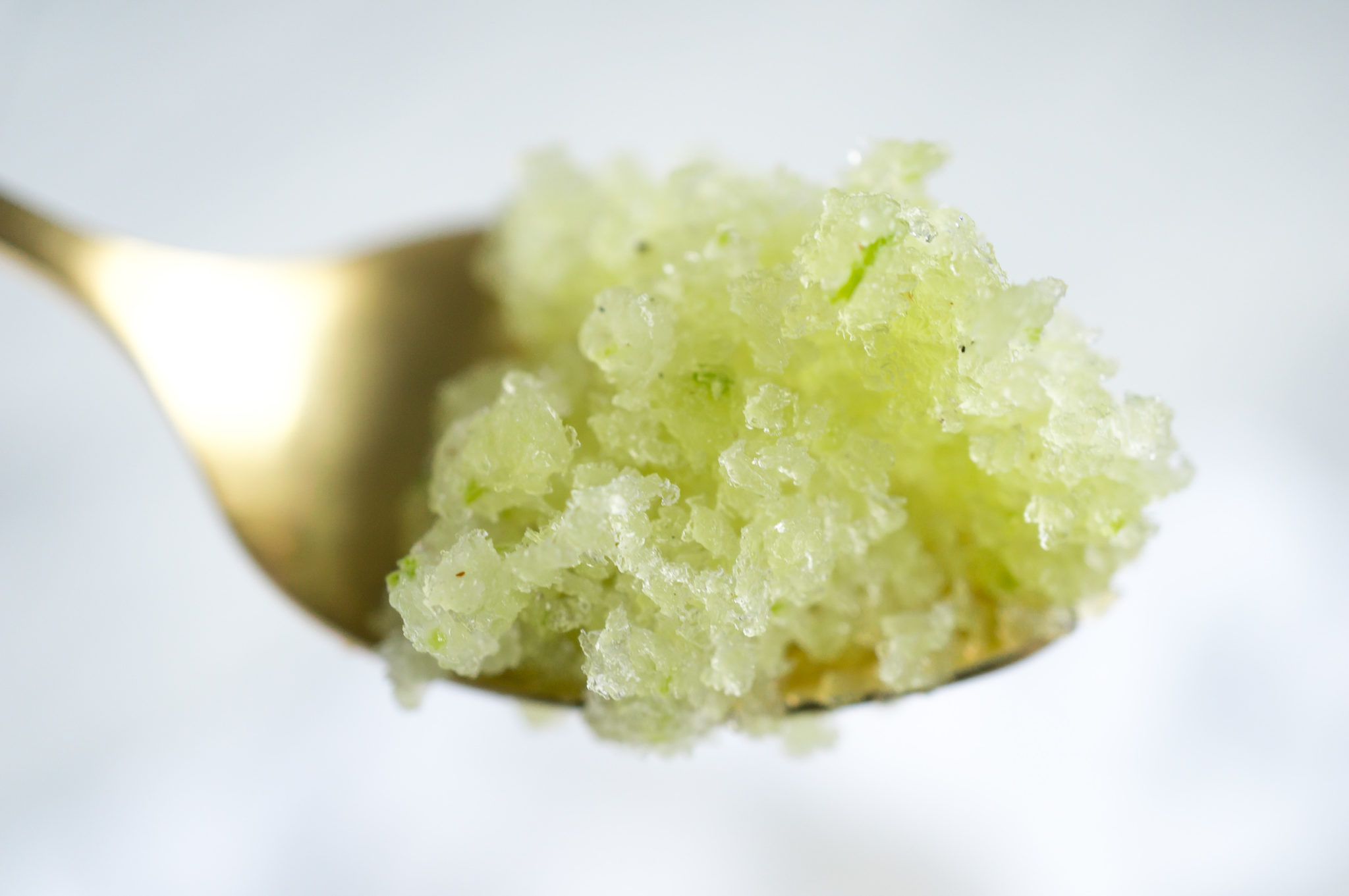 Cucumber and jalapeño are one of my favorite flavor combinations.  Too often, I think, jalapeño as treated as a simple carrier for spice, but it has a lovely sweet, earthy, peppery flavor that’s brought to life by the mellow, hydrating flavor of cucumber.  Side note:  as I was writing this, I wondered if “hydrating” could be a flavor.  I Googled “what do cucumbers taste like?” and clicked the first result, where a woman noted, “they taste like rain.”  And they really do – the sensation of wetness, of quenching, is the predominant flavor of a cucumber, at least for me.  So, hydrating remains.

If we’re talking health benefits, this granita is no slouch:  the jalapeño boosts your metabolism, while the cucumber is intensely hydrating (see entire above paragraph), while also de-bloating you and making your skin glow.  A bit of lime zest brightens the flavor while adding Vitamin C and protection against skin cancer.  Instead of the traditional sugar syrups used by the Sicilian grandmas, I went for local honey, which I love to use in summer as it helps with my seasonal allergies.  Most other healthy liquid sweeteners, from maple syrup to coconut syrup to rice malt syrup, would work well too.  Because you’re leaving all of the ingredients whole, this granita has quite a bit of fiber, so whatever sweetener you use will be released into your system slowly, keeping your blood sugar steady. 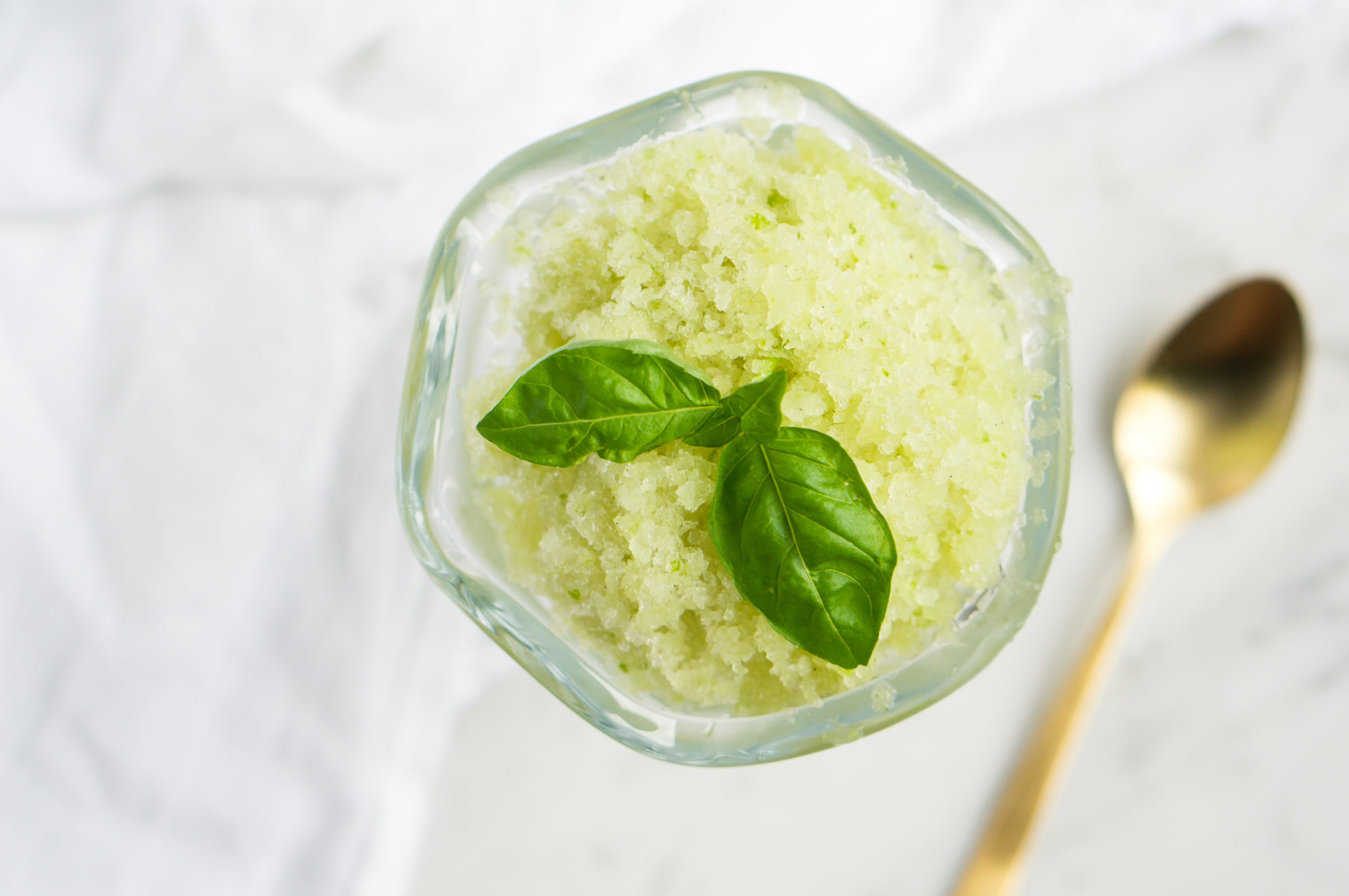 This is super easy to make – you’re essentially just blending all the ingredients – although you do need to scrape/stir the mixture every hour or so while it freezes (about 4 hours).  I like making this on Sunday night, when I’m already around the house, getting my things together for the week.  I just set an alarm, go scrape for a minute, then go back to folding laundry/singing to my cat/avoiding meal prepping for the week.  You can also make your kids do it (you’re teaching them to cook! It’s a bonding experience!). 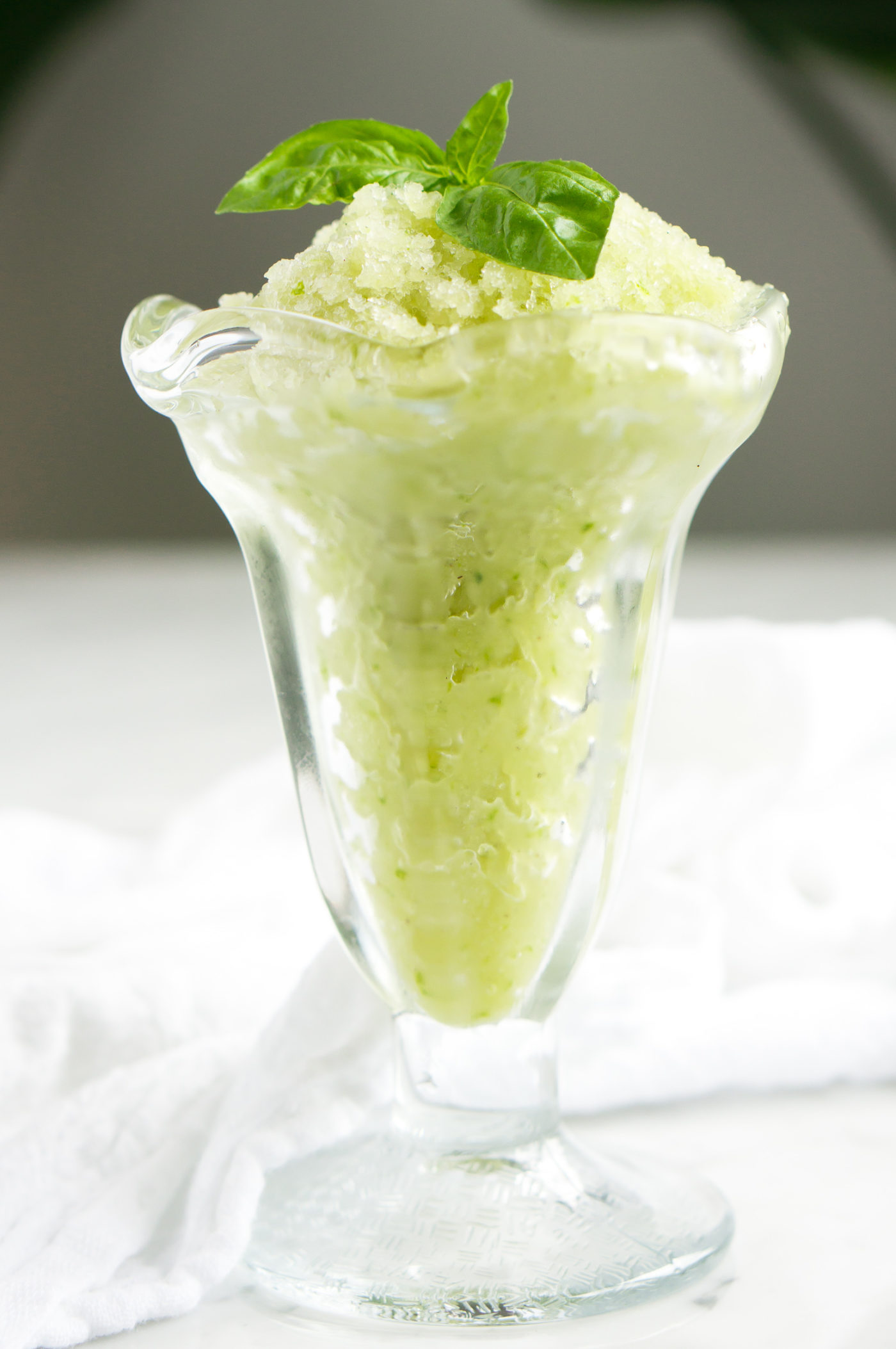